Malaysia's Small Cap Index (FBMSCAP) closed above 18,000 points for the first time in history on 02.07.2014. As you can see from the chart below, it was quite flattish for 2 years from 2011 until mid of 2013. The index spike after the 13th General Election in May last year and not too long after that many people started to enter the market. 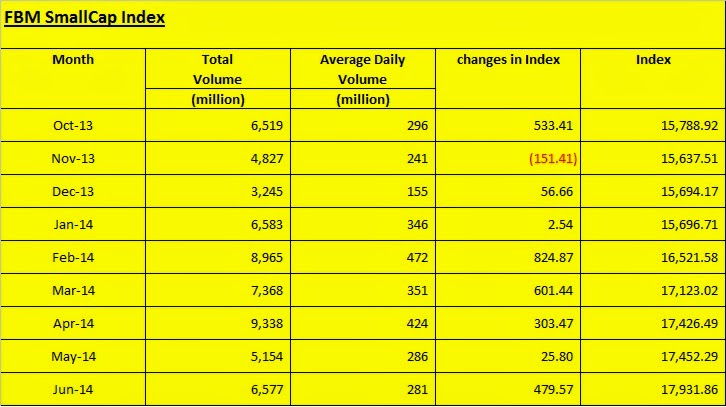 Whilst our infant index recorded new high, around the same time the DJIA in U.S. Market has crossed the psychological level of 17,000 points for the first time in USA stock market history. And her twin index S&P is also doing quite well. 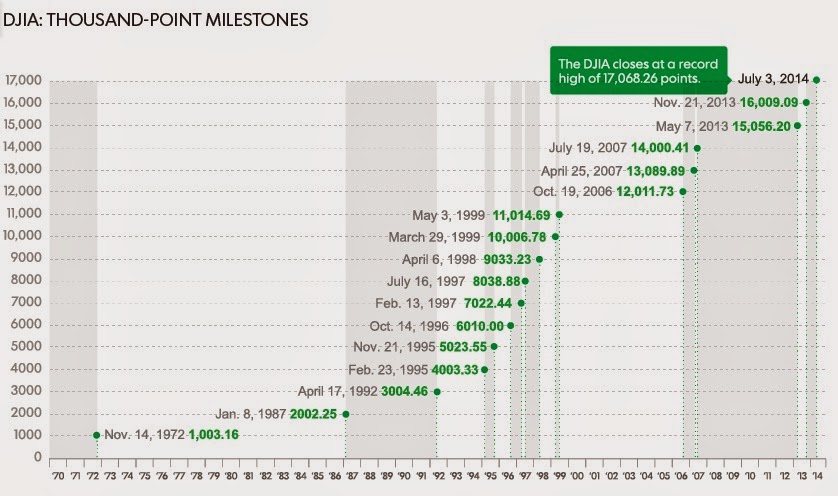 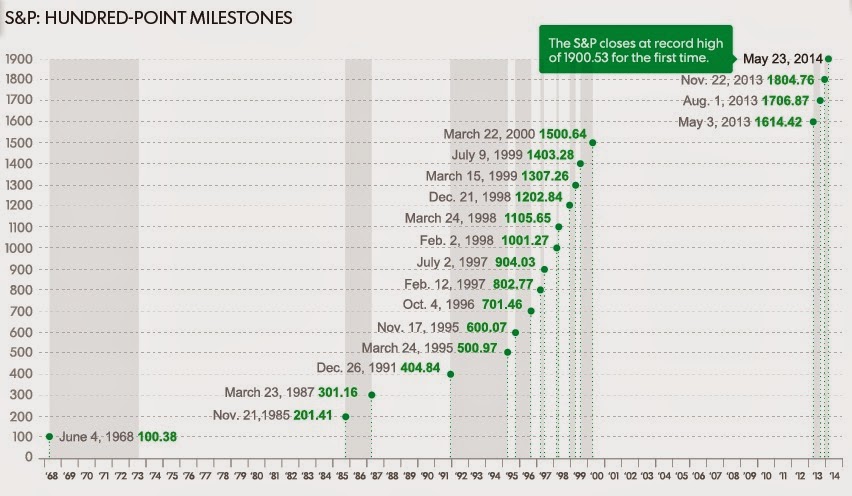 Will our main stock market KLSE Index reach 1,900 point? Actually I am looking at 2,000 by year end. If it ever happened, it will be this year or never at all.

The Dow finally did it! It topped 17,000 in early trading today, marking the latest milestone in the bull market that began in March 2009.

The Dow Jones industrial average continued its heady climb into uncharted territory on the eve of the Fourth of July, eclipsing the 17,000 milestone for the first time in its 118-year history and building on the bullish start to the second half of 2014.

After coming within 2 points of 17,000 Tuesday, the Dow finally cracked what Wall Street is dubbing “Dow 17K” after the government reported that a better-than-expected 288,000 jobs were created last month and the unemployment rate dipped to 6.1%, its lowest level since September 2008.
Five minutes after the opening bell, the Dow was up 64 points, or 0.4%, to 17,041.46.

“The headline jobs number and underlying data reinforce the fact that the domestic economy is thriving,” says Todd Schoenberger, managing partner at LandColt Capital. “The markets will enjoy this data, which should push the broader averages to higher highs today. Let’s just hope today’s report is not equivalent to a fireworks grand finale.”

It signals the “continuation of a bull market,” says Gary Kaltbaum, president of Kaltbaum Capital Management. “I am not a big round-number person, but I guess it has meaning.”

The big gains for the blue-chip average come on the heels of a bullish start to the third quarter, with both the Dow and Standard & Poor’s 500 stock index racing to new record highs in the first two sessions of the third quarter. Investors are betting on the economy warming up again after a frigid winter and also see continued support from central banks around the world as a bullish driver.

Indeed, Kaltbaum says the stock market got a fresh wind after the European Central Bank last month talked about implementing a U.S.-style bond-buying program to stimulate the sluggish eurozone economy.

“New (1,000-point) handles on the Dow are always a big deal,” he says. “I’ve been in the business since the days of Dow 1,700, so this is especially cool to see, or it means that I’m especially old.
“17,000 is a wow and a worry,” Farr adds. “If the rule is to ‘buy low,’ this isn’t low. New highs are the rewards for disciplined, patient investors. New highs also mean it’s more important than ever to be disciplined. This is no time to swing for the fences. But by all means, celebrate. We have all endured a lot to get here.”

A market dip will eventually come.

Says Farr: “Investors should always be careful. And now more than ever, with the Dow making new highs, investors should remember that markets go down. This market will correct someday, but this should not be a cause for panic.”
Posted by Unknown at 23:32