UK is at cross road with independence referendum today

I have been following closely the recent developments in UK on the Scottish Independence Referendum vote whether Scotland will part ways from the Union of the United Kingdom (UK) that has stood for 307 years. There are 4 kingdoms that form the union of what we know as United Kingdom or simply UK.  The United Kingdom comprises four countries namely England, Northern Ireland, Scotland and Wales. Those who likes UK history will understand the sense of pride among the Scottish people about Scotland and not England. For a start, watch the movie BraveHeart starred by Mel Gibson. This movie will provide you some historical facts, minus the love story of course, on why some Scottish have this dream and pride to have their own independent country. 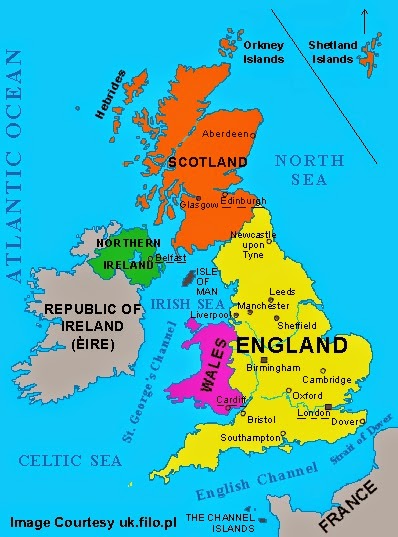 Today we will know whether Scotland will become an independent nation just like Malaysia. If that happened, UK will be reduced to 3 kingdoms and lose 1/3 of its land mass.


GLASGOW, Scotland (AP) — The people of Scotland will decide on Thursday whether to end a partnership with the rest of the United Kingdom that has lasted more than 300 years. Here is a guide to Scotland as the historic vote nears. 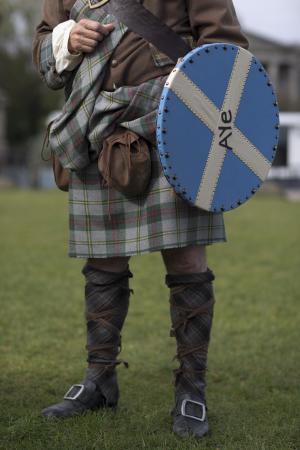 The historical kilt and outfit of Scottish independence referendum Yes campaign supporter and member …
WHAT IS SCOTLAND?


Scotland, with little more than 5 million people, is one of the oldest countries in the world, having been united as a single nation by King Kenneth MacAlpin in the year 843.


It remained an independent state for more than 800 years until the formation of Great Britain in 1707.
When England found itself at war with France in the early 18th century, fears that Scotland would side with the enemy prompted London to block trade and deprive Scots of property they owned south of the border unless they agreed to create a single country.


After much debate — and widespread Scottish hostility — both the Scottish and English parliaments were dissolved on May 1, 1707, and replaced with a new British one.


HOW IS SCOTLAND DIFFERENT FROM THE REST OF THE UNITED KINGDOM?

Scotland has its own legal system, and the national Church of Scotland was guaranteed under the Act of Union.

However, all monetary and finance matters are controlled by the government in London and the Bank of England, which was founded by Scotsman William Paterson in 1694.


DOESN'T SCOTLAND ALREADY HAVE ITS OWN PARLIAMENT?

A desire for more autonomy in Scotland led to Westminster holding a referendum in 1997 for the establishment of a devolved Scottish Parliament in Edinburgh.

The idea was backed by 74.3 percent of the voters and in 1999 the parliament was opened for business by veteran politician Winnie Ewing, who chaired the first meeting, with the words: "The Scottish Parliament adjourned on the 25th day of March in the year 1707 is hereby reconvened."
Members of the Scottish Parliament can legislate on education, health spending, housing, tourism, transport and a few other areas; they have no control over immigration, defense, foreign policy, employment, trade, energy or the main levers of finance.

Most of the money used by the Scottish Parliament to finance public services comes from a grant allocated by the United Kingdom government.

WHAT ARE SCOTLAND'S ECONOMIC STRENGTHS?


The U.K. produces more than 75 percent of the European Union's offshore oil production, of which 90 percent is extracted from Scottish waters, according to the European Commission's Joint Research Centre. Based on 2012 figures, the Scottish government says this Scottish oil contributes around 24.4 billion pounds ($39.5 billion) to the U.K. economy.